Share a memory
Obituary & Services
Tribute Wall
Read more about the life story of Mary and share your memory.

Gray-Mary Dolores “Dolly” Daigle passed away peacefully at her home with her family on January 17th following a long illness. She was 90 years old.

Dolly was born on July 25, 1932, in Houlton, Maine to parents Peter John and Louise Dombek. She was the older sister to three brothers; Twins Joseph (previously deceased) and John of Iowa, and (youngest) Peter of New Mexico. Dolly attended public schools, worked at the local movie theater and excelled in many areas. She was a Home Room Officer, Student Council President and Co-Captain Cheerleader. She was a member of the Honor Society, English Club, French Club and other civic and charitable organizations. While in high school, she met her long-time sweetheart “Super” John M. “Jack” Daigle, who sat in front of her in class.

Dolly attended Bates College in Lewiston, graduating with a B.S. in Geology. On February 5th, 1955, she married Jack Daigle, her surviving husband of 68 years. Following a brief move to Boston, Jack and Dolly returned to Portland, then eventually settled in Cumberland where they raised their four surviving children: John “Marty” Daigle Jr. of Yarmouth, Jeffrey Daigle of Cumberland, twins Judi and June of Massachusetts. While working as a stay-at-home mother, Dolly also became a substitute teacher at Greely High School and frequently volunteered her time and resources in the services of others.

Throughout her life, Dolly worked tirelessly for the Catholic Church. At Holy Martyrs in Falmouth, she served on councils, taught CCD for years, and participated in many church events, fairs and fundraisers. Her faith was the foundation of her life, and she followed it with full acceptance of others, calm grace, and kindness to all. She would confront and resolve conflict expertly, often say to her arguing children``... those in glass houses…” or “... only peacemakers will find peace…”. Amazingly, Dolly was never heard denigrating a single human being nor swearing once her entire life.

Dolly later retired with Jack in 1988. They purchased a large parcel of land with beautiful fields, riverfront and a pond in Gray, where they built their retirement home. There, she enjoyed gardening and growing flowers and vegetables and spent many hours cultivating her crops, much of which she gave to others. She also became a parishioner at St. Gregory’s where she continued to celebrate her unending and strong faith, singing in the choir and helping with seasonal events. Her retirement was long and fruitful with her “Super” Jack and surviving grandchildren,Tyler, Ben, Karlyn, twins Caleb and Levi, Elise and Gina.

Together with Jack, Dolly traveled the world and visited many U.S. destinations. They spent winters at Longboat Key, Florida, where they regularly entertained all of their family and grandchildren. Throughout the years, they hosted many fun cookouts, lobster bakes and family holiday parties, creating beautiful memories her surviving loved ones will cherish forever.

Dolly’s legacy will carry on, always, with her family and others who will never forget her peaceful nature and gracious presence. She truly chose to live a life of meaningful acts of love and service, like Christ modeled for all.

A Funeral Mass will be held at Saint Gregory’ Church, 24 North Raymond Road, Gray on Saturday January 28 at 10 a.m. Father Peter Kaseta will be the Celebrant.

To send flowers to the family or plant a tree in memory of Mary Dolores Daigle, please visit our floral store. 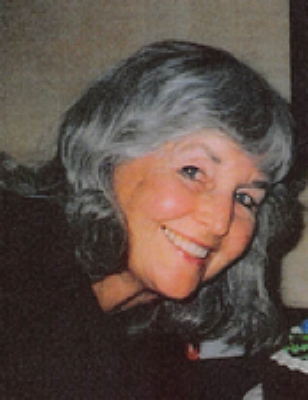